During a conversation with a few people, this morning, I casually mentioned that one of my Indian friends who completed his PhD in the Netherlands has moved back to India as he got a great financial offer from an Indian company. The people I was speaking to (1 Dutch, and other 2 from southern Europe) scoffed at the idea that salaries in India will be higher than Dutch salaries.

I argued that – perhaps for basic jobs such as simple programming, call center etc, India may not offer high salaries, but when it comes to high level jobs, requiring top talent and skills, Indian salaries are comparable to many western European salaries. My proposition was that – if you are smart, talented and graduating from one of the top Indian Institutes you can command the highest salary. However, I just could not convince my European counterparts. While growing up in India, every single year the breaking news was that some student from either IIT (Indian Institute of Technology) or IIM (Indian Institute of Management) has received the highest salary yet at campus placements. And every single year the records of the last years were broken. In India if you study at institutes such as these, you get great campus placements at top companies before you even graduate.

As I was unable to convince my counterparts, I thought some research is due. If I had problems convincing someone that India does offer decent salaries for talented people, I am sure many Indians abroad must have faced this problem at some time or other.

The first step was to identify a place where I can find salaries, for similar kind of work, in India as well as abroad. Being an MBA graduate I quickly realized the only sector that regularly publishes this information is MBA rankings – where yearly salaries of graduating students are published. Financial Times publishes MBA rankings, where they rank top business schools around the world along with the average salaries of their graduating class. What I wanted to do was compare apples with apples – and the Financial Times rankings offered just that. It gave me salaries of students who graduated from business schools around the world – in this case the common denominator was business school students who will be doing comparable work.

Financial Times Rankings for Global Business Schools for the year 2012 is shown below. Top 30 schools are listed below, fortunately a Dutch school came in at number 30. For complete rankings, please go to the FT.com website, alternatively the direct link can be found here.

If you see the above table, the students graduating from the IIM Ahmedabad (at number 11 in the World) receive one the highest salaries, which is only topped by the students graduating from Harvard and Stanford. And for the matter of fact the students graduating from the Rotterdam School of Management earn way less than IIM Ahmedabad or Indian School of Business. This just proved my point, for high profile work India does offer good salaries. However, for call center level work Indian labor is still cheap. Some people might still say that – perhaps the salaries at IIM Ahmedabad are high because these students were recruited abroad. To satisfy that curiosity I visited the IIM website and read their article about last year’s placement. In that article they mention that most of their graduates go to Indian banks, followed by MNC’s in India (consultancies).

You know the funny thing is that, during my conversation this morning the Dutch guy joked – if students graduating from top Indian institutes can make so much money then he should go study there. However, it was my time to scoff at his comment this time. I told myself – if getting into top Indian Institutes was that easy I myself would have stayed there. The competition for getting into any top Institute in India is so tough that I did not even try. I remember a few years ago, CBS ran an article, http://www.cbsnews.com/news/imported-from-india/, where it says that with a population of over a billion people in India, competition to get into the IITs is ferocious. In 2002, 178,000 high school seniors took the entrance exam called the JEE. Just over 3,500 were accepted, or less than two percent. Compare that with Harvard, which accepts about 10 percent of its applicants.

Given this problem, it was easier for me to get into Vanderbilt University, than even trying to get into any top Indian institutes. At Vanderbilt we always said that, Harvard is the Vanderbilt of the North! 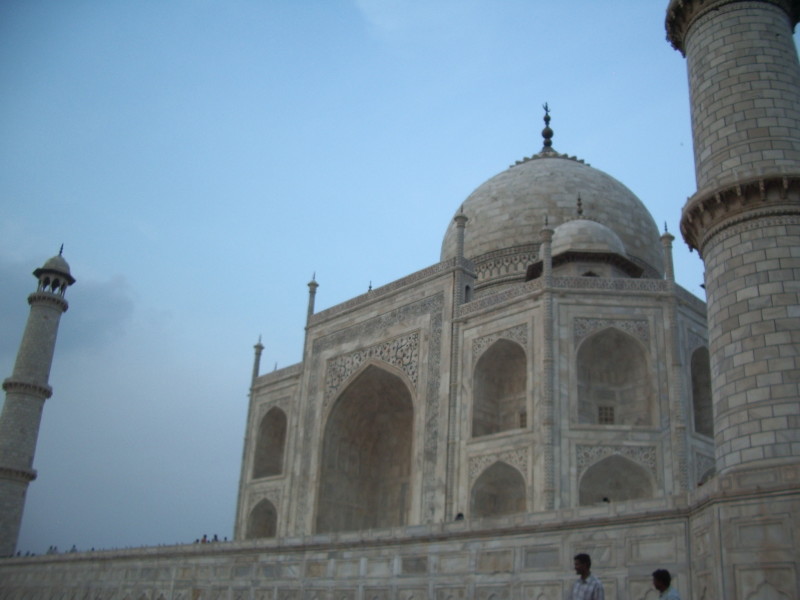