Cooking is usually associated with banging of pots, cutting, spilling; most of the time accompanied by the loud noise of the exhaust. However, not when you are cooking Japanese.

Japanese cuisine is an art in itself – with attention to details, symmetry and uniformity. Last week we had a Sushi night for the Delft Mama cooking club, hosted by Saki Osada. Saki really managed to get everyone involved from the beginning and keep that high level of excitement until it was time to say goodbye.
Below, we will take you on a photographic journey through the menu and recipes of that evening – text and recipes is provided by Saki, while the photos are taken by me.
Sushi 寿司（すし）

Sushi is one of the most traditional Japanese foods and has a long history. Sushi was originally a preserved food. Before we had cold storage, people made “nare-sushi” allowing freshwater fish to ferment in cooked rice with salt. In the Edo period, people started using fresh fish instead of pickled fish.

They put raw fish slices or shellfish on top of small vinegared rice balls which were rolled by hand. This is called “Nigiri-zushi”. Now there are many kinds of Sushi in Japan; Nigiri-sushi(握り寿司), Chirashi-zushi（ちらし寿司）, Maki-zushi（巻き寿司）,Oshi-zushi（押し寿司）, Inari-zushi（いなり寿司）,and so on. We use not only fish but also vegetables, meat, eggs, and so on.

Tonight, I want to introduce how to cook “Maki-zushi(巻き寿司): Sushi roll”.

We will start by cooking rice, then “rolled egg” and finally how to roll sushi.

Photos of the set-up… 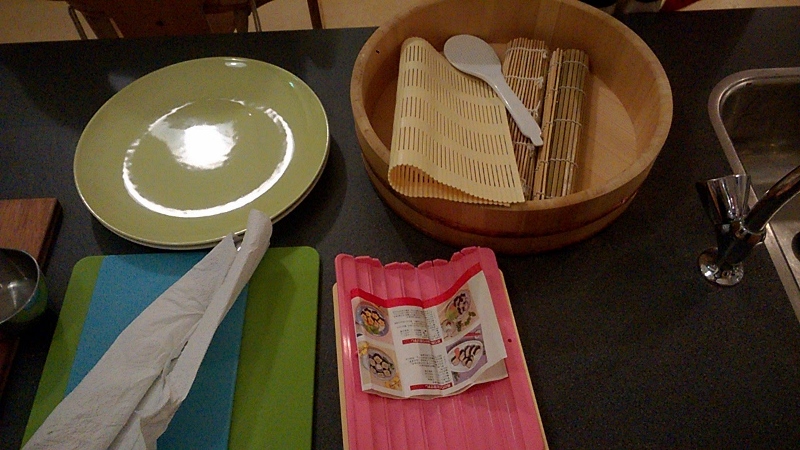 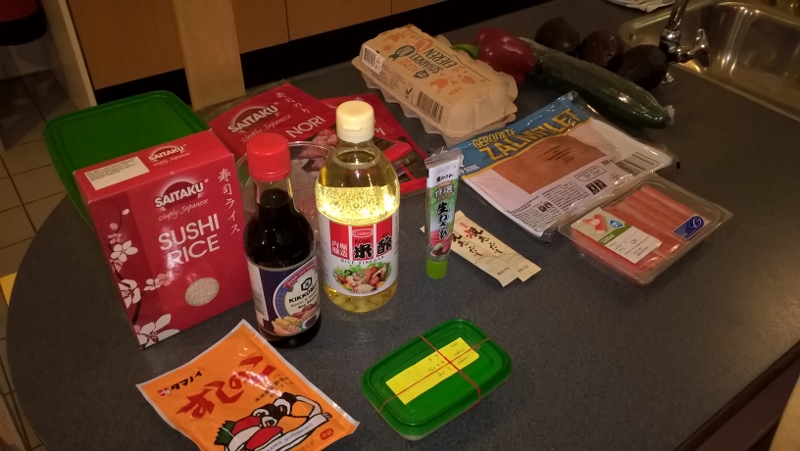 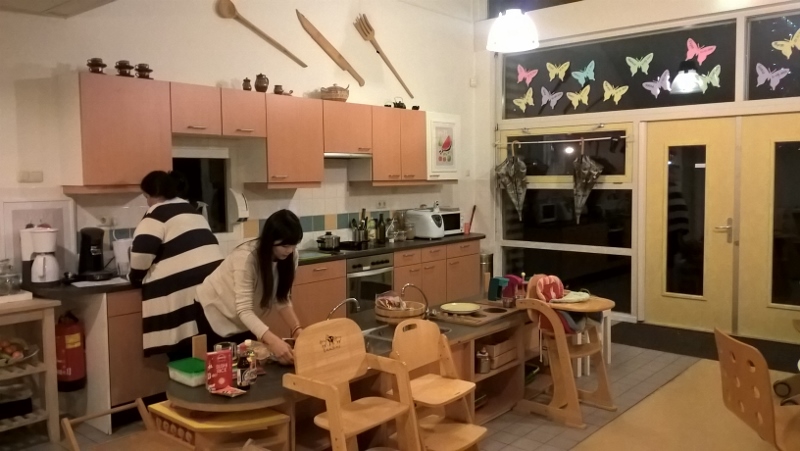 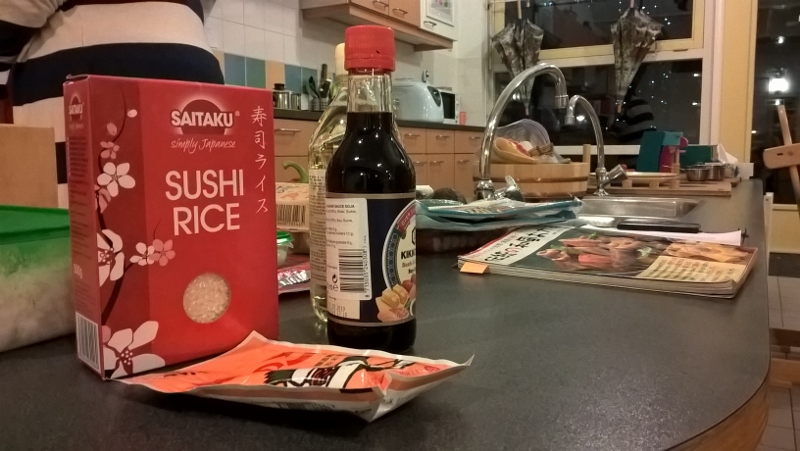 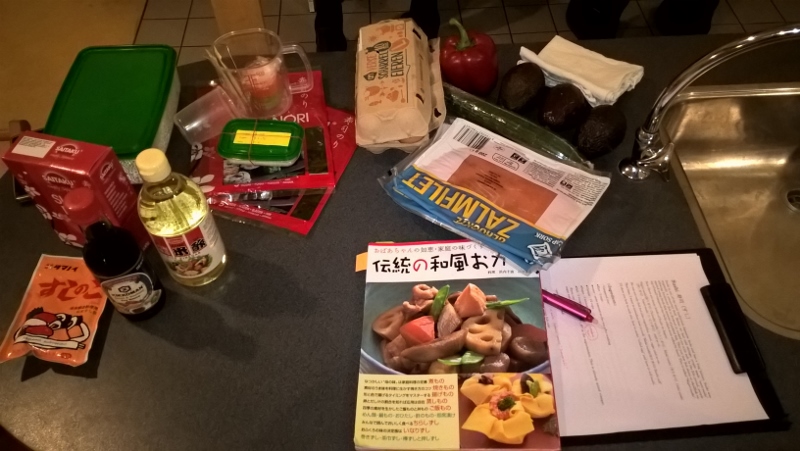 ※you can also get “sushi-zu(すし酢)”in the supermarket. This is already mixed vinegar, sugar and salt (Rice Seasoning).

※you can choose whatever fillings you like and you think will go well together.

（If you don’t have any time, I think you needn’t soak the rice. You can make it well without this step.）

2. How to cook Tamago-yaki(rolled egg) 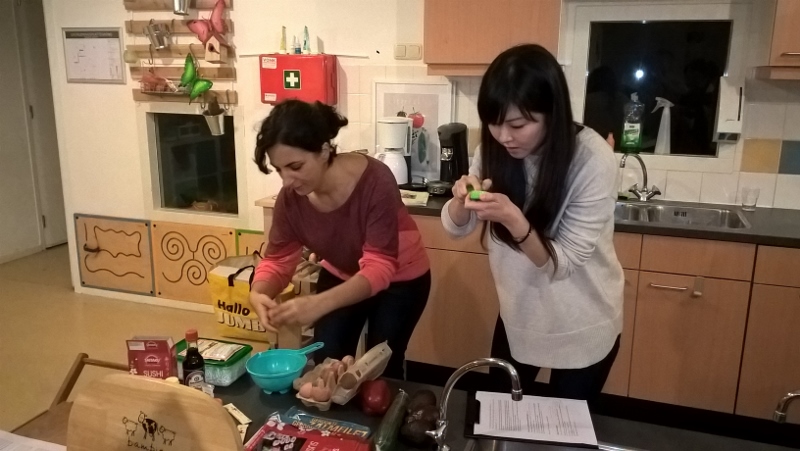 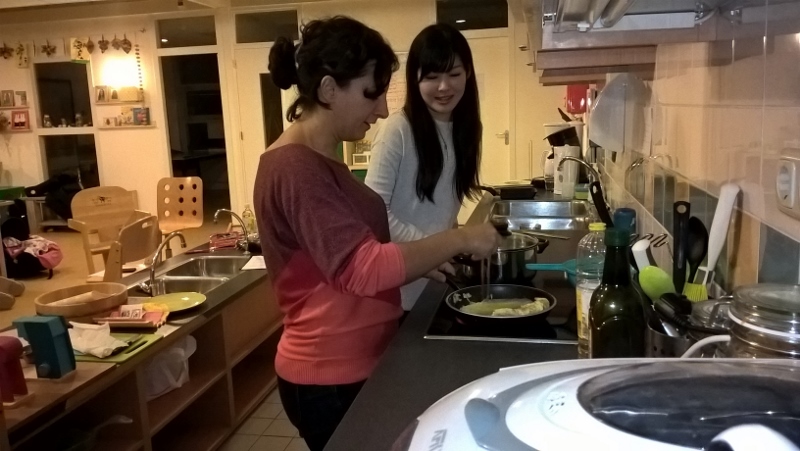 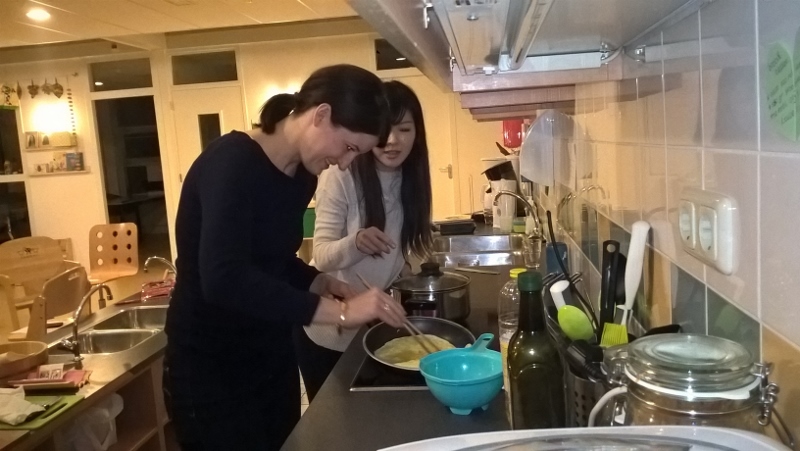 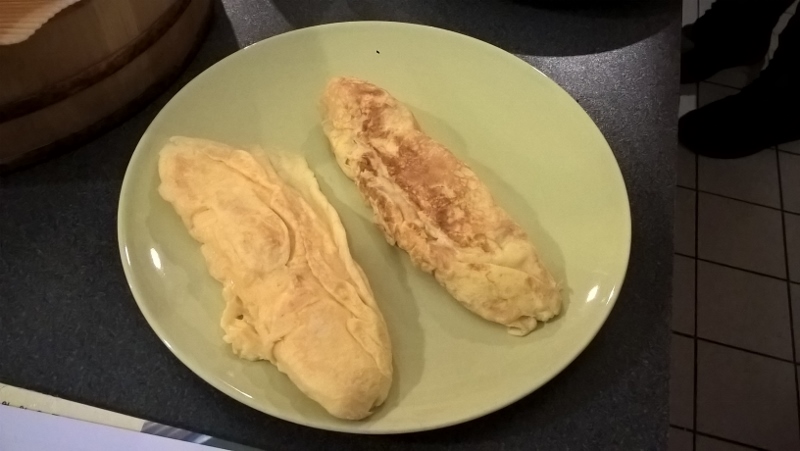 3. How to roll sushi 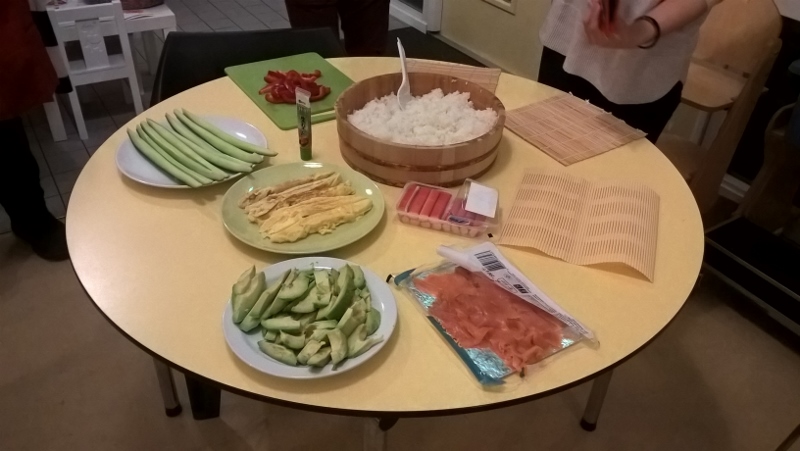 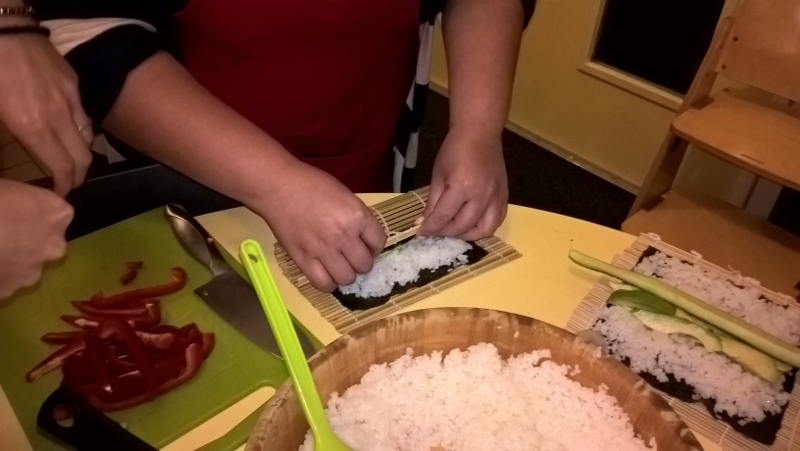 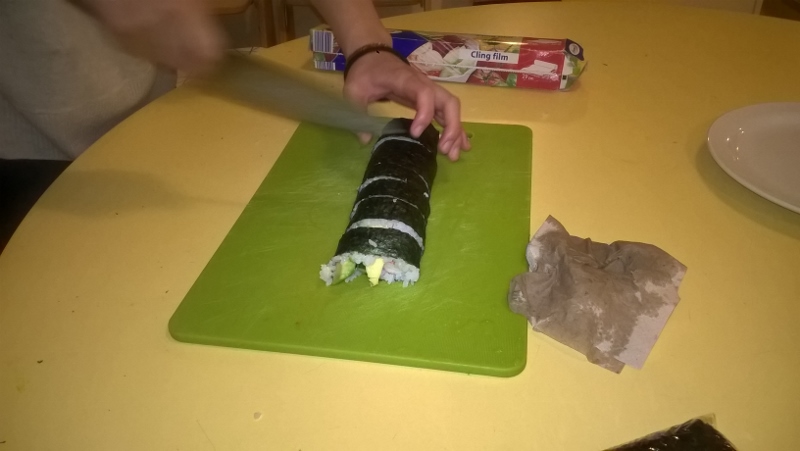 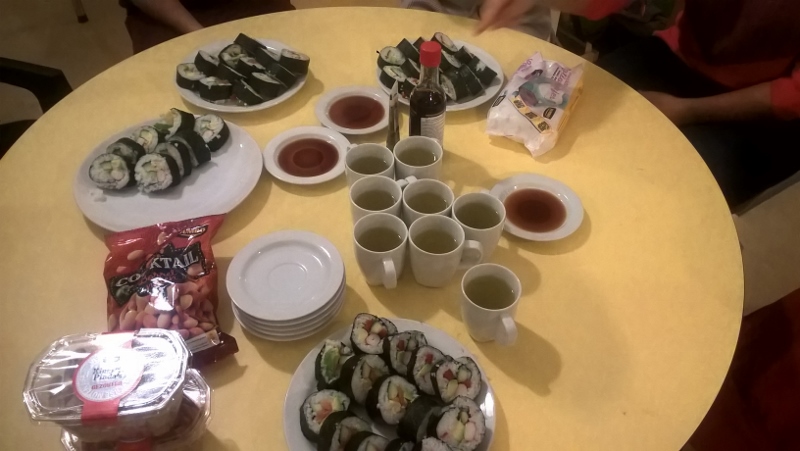 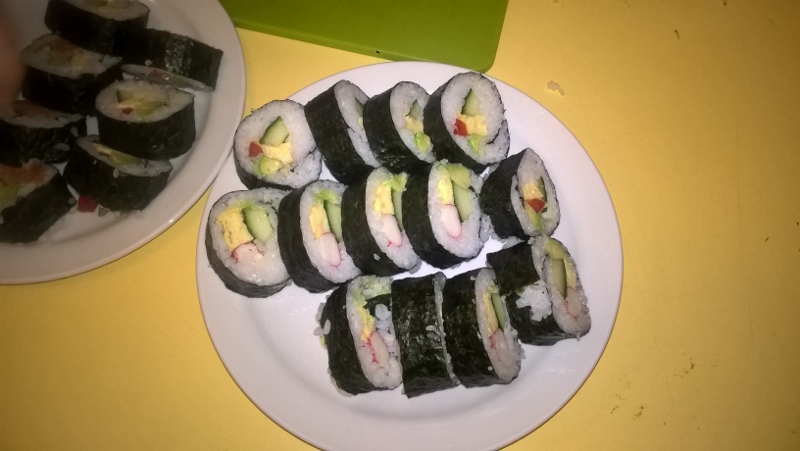