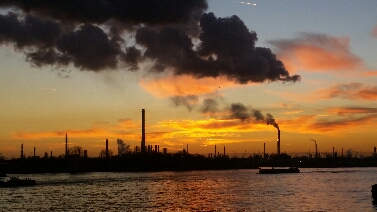 People will wonder, what is an engineer doing dabbling in cultures. He should focus on technology and leave the culture talk to sociologists and philosophers. Personnally, everytime I have mentioned by desire to work in improving cross-cultural exchange, communications, etc my engineering colleagues or friends have raised a brow. They have asked me – why do you want to leave your sector and delve in something totally different. Generally, speaking engineers, the so-called technologists, think that culture and social aspects are secondary to technology.

I think people who think that engineering has nothing to do with cross (inter) cultural exchange are mis-guided. I think these soft skills (social and cultural issues) are as important as the technology itself. The functionality of any technology signifies the existence of that technology. If we take away the purpose (or the functional properties) of a technology, what remains is just a physical object. Mere physical objects are of no relevance to humans. Their function turns them into an important asset and it is their function that ties assets to human action, because it makes no sense to speak about technical functions without reference to a context of actor’s action. Technology is understood through the eyes of a relevant actor, and depending on the context the same technology can have different interpretations. For example, uranium can be used to solve the world’s energy problems if it produces nuclear power to power households and industry, or on the other hand it can be used to produce a nuclear bomb that can annihilate cities. In other words, the function of any technology is grounded on the one hand in its physical properties or capacities, on the other in its relation to the intentions of actors (such as designers and users etc.). Thus, the social part is equally relevant during the study of technology.
Carrying out successful engineering projects, require much more than just the knowledge of the ‘technology’ side. Here the social or cultural training of the engineers come into play. Why projects fail? Projext management firms make use of these statistics to their own benefit. For once I would like to know how many of these projects truly fail on account of technical shortcomings and how many fail because of mis-communications and shortcomings in cultural training. I bet a majority fail because of the lack of cultural training on part of an engineers.
Hopefully, at Cultural Guru we can put light on these issues and bring to fore a few best practices that will help engineers to succeed in this ‘social’ world.