Given the fact that the ME3 carriers are adding a lot of new destinations in recent times, many more passengers will be transiting these hubs in the coming future.This report will come in handy for the first-time Doha transit passengers. One of the top ME3 carrier is Qatar Airways – the only ME3 carrier that has 5 star Skytrax rating. Qatar has its home hub in Doha. It is a new airport, opened last year. The terminal itself is beautiful and the lounge huge. Although, the terminal is beautiful and modern, I noticed there are many drawbacks for such a new facility. Doha airport could have definitely done better.

In this review I will discuss both the Hamad International Airport as well as the Al Mourjan lounge. However, I will do it a bit different here than my usual reviews about airports and lounges. Instead of a straightforward travel report, I will discuss the positives and drawbacks of these two in this review.

It is a new facility. Quite modern and compliments Qatar Airways well. The terminal is well-lit with high ceilings and large windows bringing in natural light. The terminal offers all the basic facilities required for a modern airport. 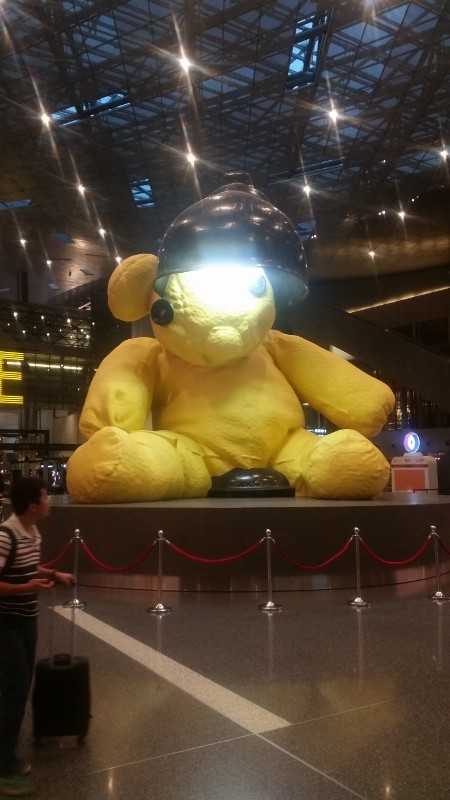 The most striking part of the airport I found out were the children play areas.Below, you can see a couple of photos. These huge brass structures are in fact slides, etc for kids to play. And I found a plenty of such play area dispersed through out the airport. 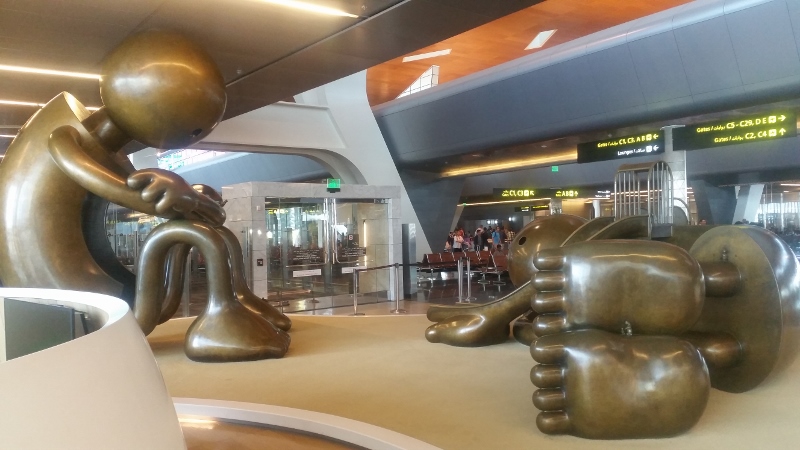 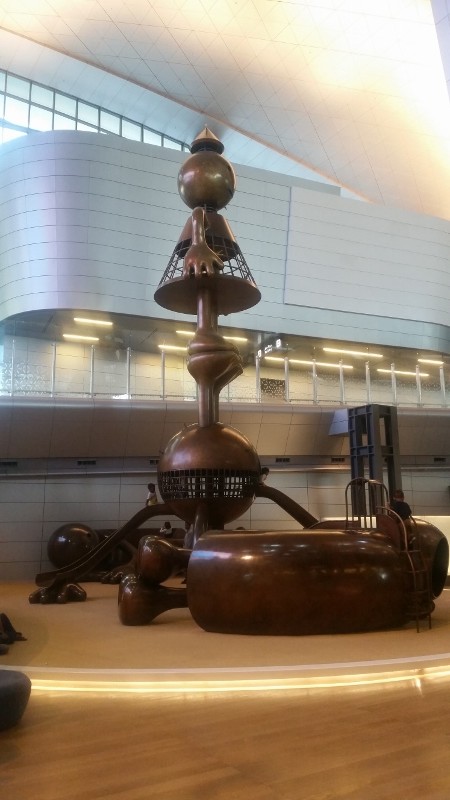 Again, a clean and huge lounge. Food offerings are amazing, with a lot of variety to choose from. Furthermore, there is a fresh menu – ala carte, from which you can choose what and when to it. 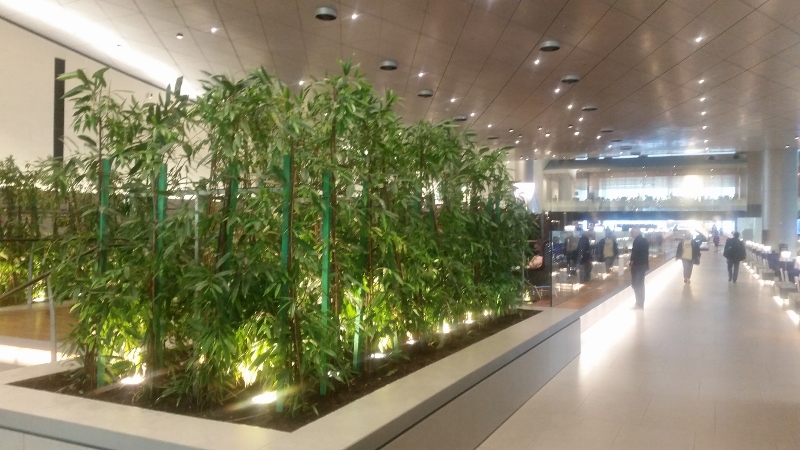 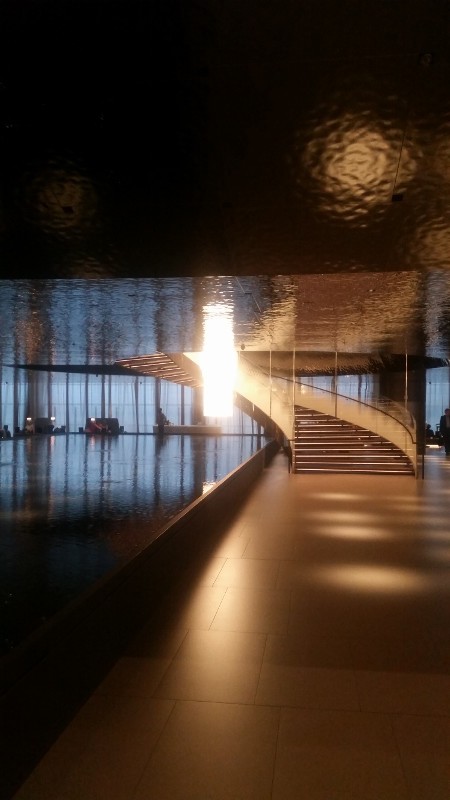 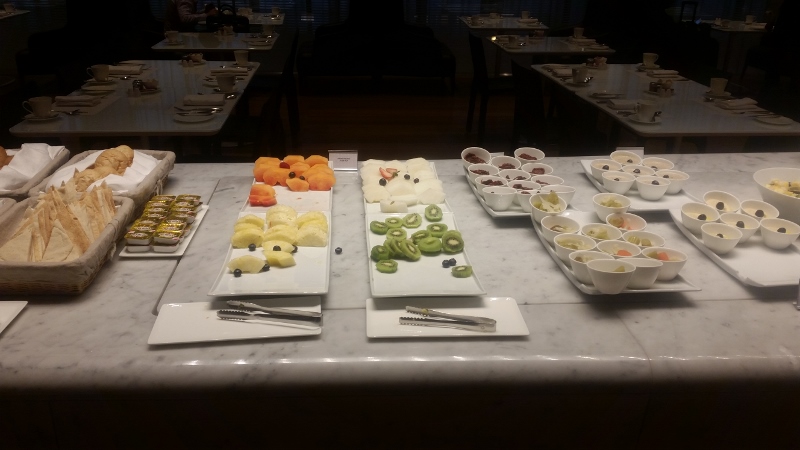 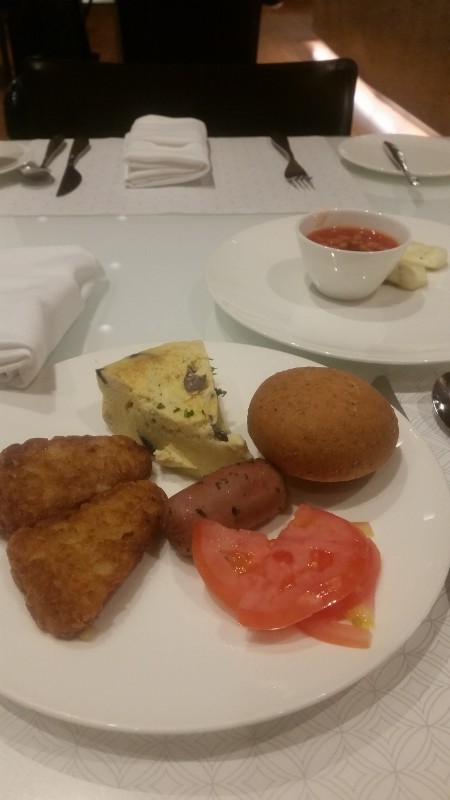 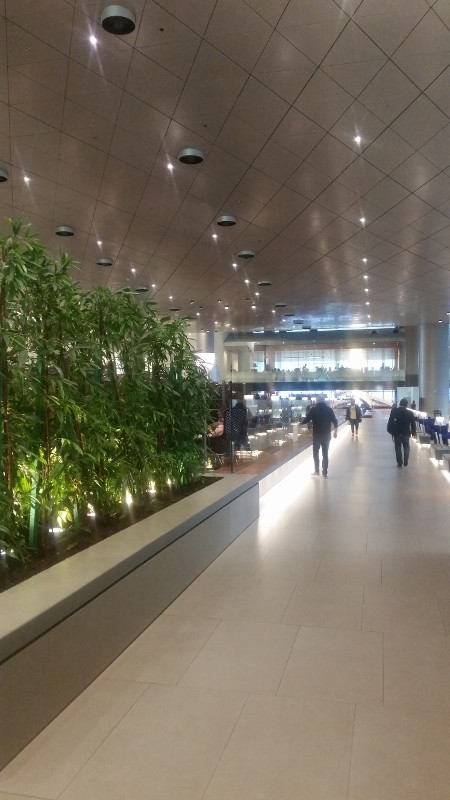 I also saw a game room, which is a nice idea. 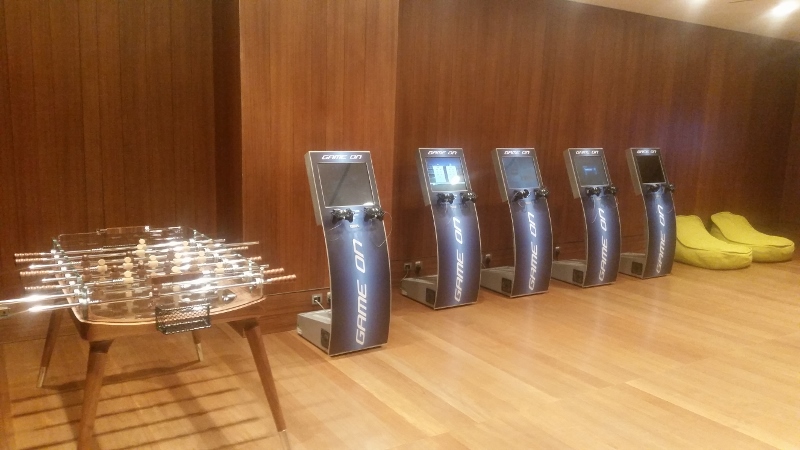 Although, the terminal offers all the basic facilities, I somehow felt that Doha Airport and Qatar Airways missed a huge opportunity by not aiming higher. I found a plenty of drawbacks, which are discussed below.

I think Doha Hamad Airport as well as the Al Mourjan lounge is quite good, but definitely there is a lot of room for improvements.